This Radica Password Journal may be just the trick for keeping my thoughts and dreams private and secure. Finally! 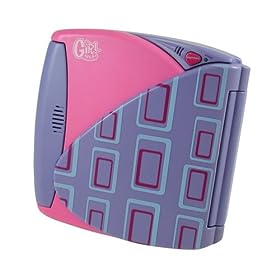 Finally. A new one. This one is called “Looking For Big Victory.” Its about human striving and the futility contained therein. Oh and it rocks so crank it and enjoy.

i cant believe its been more than a month since last post. new music not even on the horizon. in my free time ive been building a statistics database of every pro bike race since 2002. its pretty cool, if youre into that kind of thing. which, i admit, i greatly am. did you know, for instance, that apparently 2005 was tom boonen’s best year in the spring classics. he won two of them and had an average finishing position of 9th.Â  i didnt either. now you do. 2008 wasnt so hot for big tom, his avg position was 41.4 with one win. must have been the discos.

here’s what ive been reading.

Bill Bryson, In A Sunburned Country. — great australia book by hilarious author. takes a while to get into it, but it does eventually get its claws into you big time.

A. B. Guthrie, The Big Sky. pulled this off my shelf randomly and enjoyed it greatly.Â  set in american west. mountain man kind of stuff. injuns and buffalo. 1800s.

Martin Dugard, Chasing Lance. Really like this book about the 2005 tour de france. not so much about lance as it is about french countryside, villages, the history of the race, etc. very enjoyable read.

Joe Kurmaskie, Metal Cowboy. this guy spends his early 20s riding his bike around america, making friends. hijinks ensue. fluffy, not going down in the annals of great lit, but enjoyable. i was particularly fascinated about the bike touring company he worked for in southern florida.